Bear comes from a family of treedogs. He was an early starting, completely natural pup. Bear is a prime example of what we strive for in our breeding program. He is an excellent combination dog. He hunts hard and covers ground good but does not blow out of pocket nor run by game. Bear is silent on track on both squirrel and coon. He is an accurate, stay put treedog. Bear is as good looking Mtn. Cur as we have seen. He is 60 pounds, brindle, and built right with a nice block (square) head. 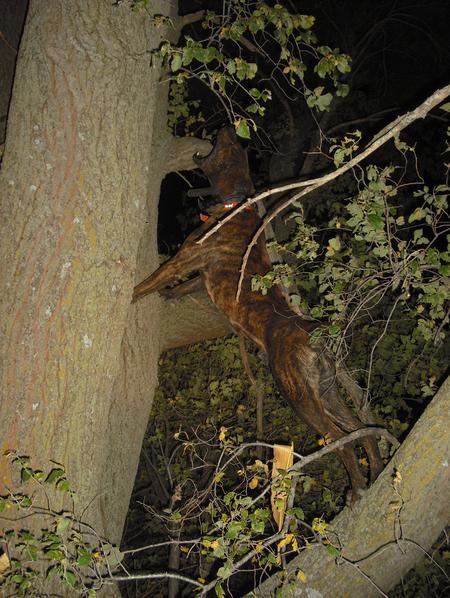